The LibreOffice project is aimed at multilingualism, as stated in The Document Foundation's "Our Values" of "Our Next Decade Manifesto" that anyone can translate so that everyone can use it in their mother tongue.

However, LibreOffice developers are mostly in Europe, and in order to use them conveniently in other languages, those who understand those languages need to solve the problem. LibreOffice's CJK and problems unique to the Japanese environment are various such as vertical writing, external characters, phonetic, currency and date notation. 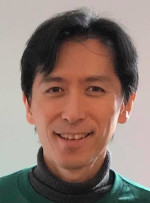 Shinji Enoki is a member of LibreOffice Japanese Team since 2011. He is a member of The Document Foundation since 2014. He focuses on planning of events and sometimes on QA activities. His other community activities is a vice-chairperson of Japan UNIX Society and a staff of KANSAI OPEN SOURCE, and more. He is freelance, and he is developing LibreOffice support business with iCRAFT Corp.